John David Heilpern (8 April 1942 – 7 January 2021) was a British theatre critic, journalist, and author who worked both in the United Kingdom and the United States. He was a contributing editor to Vanity Fair (where he wrote the "Out To Lunch" feature) and longtime drama critic for the New York Observer.
Read more or edit on Wikipedia

Conference of the Birds: The Story of Peter Brook in Africa 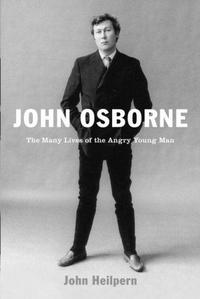