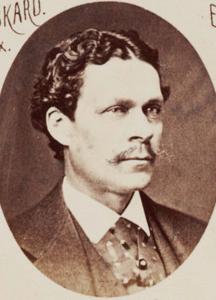 John Torrey Morse (1840–1937) was an American historian and biographer. He was born in Boston, Massachusetts on January 9, 1840, and lived in that city as a lawyer. Morse was the editor of the American Statesmen Series and published a biography of Alexander Hamilton in two volumes, considered his most significant work. He also wrote biographies of John and John Quincy Adams, Jefferson, Lincoln, Franklin, and Dr. Holmes. Morse also authored A Treatise on the Law of Banks and Banking, The Law of Arbitration and Award, and Famous Trials.
Read more or edit on Wikipedia