John W. Dawson Jr. (born February 4, 1944) is Professor of Mathematics, Emeritus at Pennsylvania State University at York. Born in Wichita, Kansas, he attended M.I.T. as a National Merit Scholar before earning a doctorate in mathematical logic from the University of Michigan in 1972. An internationally recognized authority on the life and work of Kurt Gödel, Professor Dawson is the author of numerous articles on axiomatic set theory and the history of modern logic. During the years 1982 to 1984, he catalogued Gödel's papers at the Institute for Advanced Study in Princeton, and afterward he served as a co-editor of Gödel's Collected Works. He recently retired as co-Editor-in-Chief of the journal History and Philosophy of Logic.
Read more or edit on Wikipedia

Logical Dilemmas. The Life and Work of Kurt Gödel 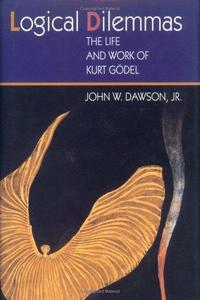 The compactness of first-order logic:from gödel to lindström ( 1993 )