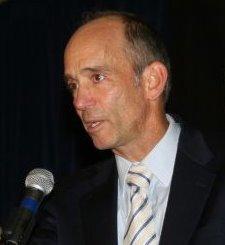 Joseph Michael Mercola (; born July 8, 1954) is an American alternative medicine proponent, osteopathic physician, and Internet business person. He markets dietary supplements and medical devices, some of which are controversial. Until 2013, Mercola operated the "Dr. Mercola Natural Health Center" (formerly the "Optimal Wellness Center") in Schaumburg, Illinois. He wrote the books The No-Grain Diet (with Alison Rose Levy) and The Great Bird Flu Hoax. On his website, Mercola and colleagues advocate a number of unproven alternative health notions including homeopathy and opposition to vaccination. These positions have faced persistent criticism. Mercola is a member of the political advocacy group Association of American Physicians and Surgeons, which promotes scientifically discredited views about medicine and disease, and several other alternative medicine organizations.Mercola's medical claims have been criticized by the medical, scientific, regulatory, and business communities. A 2006 BusinessWeek editorial stated his marketing practices relied on "slick promotion, clever use of information, and scare tactics." In 2005, 2006, and 2011, the U.S. Food and Drug Administration warned Mercola and his company that they were making illegal claims for their products' ability to detect, prevent, and treat disease. The medical watchdog site Quackwatch has criticized Mercola for making "unsubstantiated claims [that] clash with those of leading medical and public health organizations and many unsubstantiated recommendations for dietary supplements." Of Mercola's marketing techniques, oncology surgeon David Gorski says it "mixes the boring, sensible health advice with pseudoscientific advice in such a way that it’s hard for someone without a medical background to figure out which is which."
Read more or edit on Wikipedia

Sweet Deception: Why Splenda®, NutraSweet®, and the FDA May Be Hazardous to Your Health