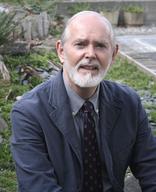 Kieran Egan (22 May 1942 – 12 May 2022) was an Irish educational philosopher and a student of the classics, anthropology, cognitive psychology, and cultural history. He has written on issues in education and child development, with an emphasis on the uses of imagination and the stages (Egan called them "understandings") that occur during a person's intellectual development. He has questioned the work of Jean Piaget and progressive educators, notably Herbert Spencer and John Dewey. He taught at Simon Fraser University. His major work is the 1997 book The Educated Mind. Source: Wikipedia (en)