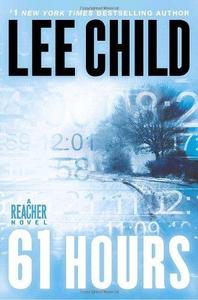 61 Hours is the fourteenth book in the Jack Reacher thriller series written by Lee Child. It was published on 18 March 2010 both in the United Kingdom and in the USA. It is written in the third person. In the story, former military police officer Jack Reacher agrees to help the police in a small South Dakota town protect an elderly witness to a biker gang methamphetamine deal. As Reacher and the police investigate the gang's compound, the threats to the witness escalate to murder and the involvement of a powerful drug kingpin.
Read more or edit on Wikipedia