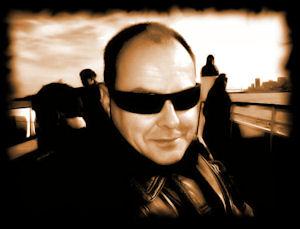 Kris Saknussemm is a cult novelist and multimedia artist. Born and educated in America, he has lived most of his life abroad, primarily in Australia and the Pacific Islands. He has published ten books that have been translated into 22 languages. His science fiction themed novel Zanesville, published by Villard Books, an imprint of Random House in 2005, was hailed by critics as a revolutionary work of surreal black comedy. It has attracted the devotion of outsider artists like the Legendary Stardust Cowboy and, according to Saknussemm, was the inspiration for Michael Jackson to want to have a giant robot of himself constructed to roam the Las Vegas desert.Another key novel, the erotic supernatural thriller Private Midnight is set in a noir crime world of jazz, junkies and shadows from out of time.
Read more or edit on Wikipedia