Kristi Brooks is the author of Vision², a science fiction novel, various short stories, and columns for local publications. She is noted for her blending of genres, often merging elements of sci-fi, fantasy, and horror in her stories. The way Vision² presents human/alien interaction has been compared to the Ender series by Orson Scott Card. "Kristi Brooks' first book presents a vibrant style of writing that keeps the reader turning pages." — Robert O'Hern, "Book Briefs," The Daily Oklahoman, 6 July 2005. Born in Southwestern Oklahoma in 1980, Brooks began writing early. She was enthralled by horror stories at a young age, and she was especially taken by the early novels of Stephen King. She was first published in small anthologies before selling her first novel to PegLeg Publishing, an independent publisher in Oklahoma City. Brooks received her BA in English and her MLA from Oklahoma City University. She currently lives in Oklahoma City with her husband and menagerie of animals.
Read more or edit on Wikipedia 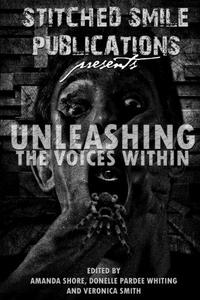 Unleashing The Voices Within