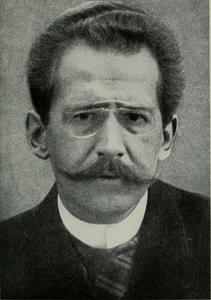 Arno Holz (26 April 1863 – October 1929) was a German naturalist poet and dramatist. He is best known for his poetry collection Phantasus (1898). He was nominated for a Nobel prize in literature nine times.
Read more or edit on Wikipedia