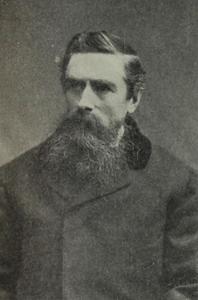 George Manville Fenn (3 January 1831 in Pimlico – 26 August 1909 in Isleworth) was a prolific English novelist, journalist, editor and educationalist. Many of his novels were written with young adults in mind. His final book was his biography of a fellow writer for juveniles, George Alfred Henty.
Read more or edit on Wikipedia