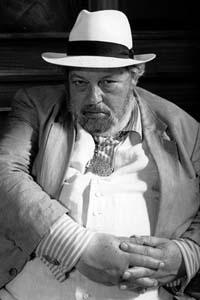 Peter Berling (20 March 1934 – 21 November 2017) was a German actor, film producer and writer. He has worked on several occasions with director Werner Herzog, among them his collaborations with actor Klaus Kinski like Aguirre, the Wrath of God, Fitzcarraldo and Cobra Verde. In several of his medieval novels, Berling has drawn on conspiracy theories based on the Priory of Sion. Berling died on 21 November 2017 in Rome, aged 83.
Read more or edit on Wikipedia