Ernst Nolte (11 January 1923 – 18 August 2016) was a German historian and philosopher. Nolte's major interest was the comparative studies of fascism and communism (cf. Comparison of Nazism and Stalinism). Originally trained in philosophy, he was professor emeritus of modern history at the Free University of Berlin, where he taught from 1973 until his 1991 retirement. He was previously a professor at the University of Marburg from 1965 to 1973. He was best known for his seminal work Fascism in Its Epoch, which received widespread acclaim when it was published in 1963. Nolte was a prominent conservative academic from the early 1960s and was involved in many controversies related to the interpretation of the history of fascism and communism, including the Historikerstreit in the late 1980s. In recent years, Nolte focused on Islamism and "Islamic fascism". Nolte received several awards, including the Hanns Martin Schleyer Prize and the Konrad Adenauer Prize. He was the father of the legal scholar and judge of the International Court of Justice Georg Nolte.
Read more or edit on Wikipedia 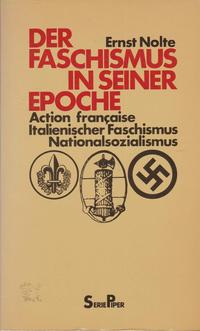 Fascism In Its Epoch 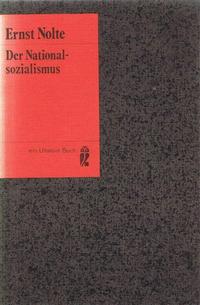