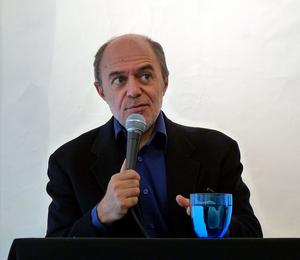 Pierre Assouline (born 17 April 1953) is a French writer and journalist. He was born in Casablanca, Morocco to a Jewish family. He has published several novels and biographies, and also contributes articles for the print media and broadcasts for radio. As a biographer, he has covered a diverse and eclectic range of subjects, including: Henri Cartier-Bresson, the legendary photographer Marcel Dassault, the aeronautics pioneer Gaston Gallimard, the publisher Hergé, the creator of The Adventures of Tintin Daniel-Henry Kahnweiler, the art dealer Georges Simenon, the detective novelist and creator of Inspector MaigretSeveral of these books have been translated into English and the Henri Cartier-Bresson biography has been translated into Chinese. As a journalist, Assouline has worked for the leading French publications Lire and Le Nouvel Observateur. He also publishes a blog, "La république des livres". WikipediaAssouline was the editor of La Révolution Wikipédia, a collection of essays by postgraduate journalism students under his supervision. Assouline contributed the preface.On 7 January 2007, Assouline published a blog post criticizing the Wikipedia entry on the Dreyfus Affair.
Read more or edit on Wikipedia