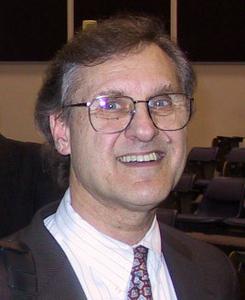 Stephen Henry Lewis (born November 11, 1937) is a Canadian politician, public speaker, broadcaster and diplomat. He was the leader of the social democratic Ontario New Democratic Party for most of the 1970s. During many of those years as leader, his father David Lewis was simultaneously the leader of the federal New Democratic Party. After politics, he became a broadcaster on both CBC Radio and Toronto's Citytv. In the mid-1980s, he was appointed as Canada's United Nations ambassador, by Progressive Conservative Prime Minister Brian Mulroney. He quit in 1988 and worked at various United Nations agencies during the 1990s. In the 2000s, he served a term as the United Nations' special envoy for HIV/AIDS in Africa. In 2003, he gained investiture into the Order of Canada. As of 2014, he is a Distinguished Visiting Professor at Ryerson University in Toronto.
Read more or edit on Wikipedia