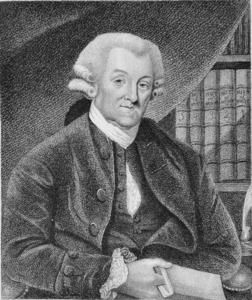 Sir John Hawkins (29 March 1719 – 21 May 1789) was an English author and friend of Dr Samuel Johnson and Horace Walpole. He was part of Johnson's various clubs but later left The Literary Club after a disagreement with some of Johnson's other friends. His friendship with Johnson continued and he was made one of the executors of Johnson's will. During his life, he wrote many works, including A General History of the Science and Practice of Music and his Life of Samuel Johnson in memory of his friend. He was appointed as a magistrate and later became Chairman of the Quarter Session for Middlesex. He was knighted in 1772 for his services.
Read more or edit on Wikipedia