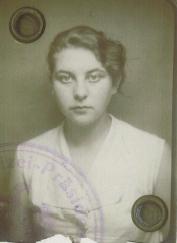 Marta Hillers (May 26, 1911 – June 16, 2001) was a German journalist, and the author of the memoir, Eine Frau in Berlin (A Woman in Berlin), published anonymously in 1959 and 2003 in German. It is the diary of a German woman from 20 April to 22 June 1945, during and after the Battle of Berlin. The book details the author's rape, in the context of mass rape by the occupying forces, and how she and many other German women chose to take a Soviet officer as a protector. The book was first published in English in 1954 in the United States. When it was published in Germany in 1959, the author was accused of "besmirching the honor of German women." Hillers refused to have another edition published in her lifetime. Having married and moved to Switzerland, Hillers left journalism and did not publish another major work. She died in 2001. A new edition of her book was published posthumously in Germany in 2003, again anonymously. It met wide critical acclaim and was on the bestseller list for weeks. A controversy broke out when a literary editor revealed the author as Hillers. No one else has been suggested. New English editions were published in the United Kingdom and the United States in 2005, as well as in seven other languages. The book was adapted as a film and released first in 2008 in Germany and Poland. In the United States it is known as A Woman in Berlin.
Read more or edit on Wikipedia