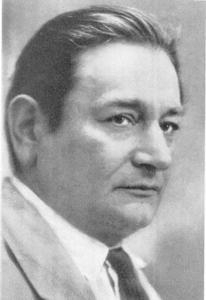 Paul Bekker (September 11, 1882 in Berlin – March 7, 1937 in New York) was one of the most articulate and influential German music critics of the 20th century. The music library of Yale University houses the Paul Bekker Collection, which contains a variety of letters, documents, receipts, photographs, printed scores and other forms of miscellany, some of which have great historical and musicological value.
Read more or edit on Wikipedia