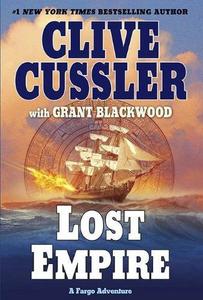 Lost Empire is the second in a series of adventure novels by Clive Cussler, co-authored by Grant Blackwood, whose main characters are adventurers and treasure hunters Sam Fargo and his wife, Remi. The book's hardcover edition was first published August 31, 2010. Other editions of this novel were released on various dates in 2010-11.
Read more or edit on Wikipedia