Louisette Bertholle (26 October 1905 – 26 November 1999) was a French cooking teacher and author, best known as one of the three authors (with Julia Child and Simone Beck) of the bestselling cookbook Mastering the Art of French Cooking.
Read more or edit on Wikipedia 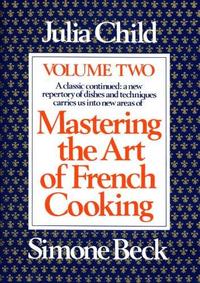 Mastering the Art of French Cooking