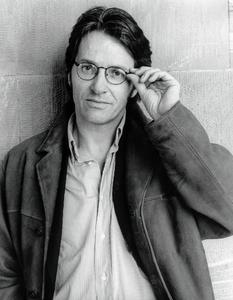 Ralf Rothmann (born May 10, 1953 in Schleswig, Schleswig-Holstein) is a German novelist, poet, and dramatist. His novels have been translated into several languages with Knife Edge (Messers Schneide) and Young Light (Junges Licht) being translated into English. Main subject of his work are both the bourgeois and proletarian reality of life in the Ruhr Metropolitan area (e.g., Stier, Wäldernacht, Milch und Kohle) as well as Berlin (Flieh mein Freund, Hitze, Feuer brennt nicht) with an autobiographically colored focus on alienation, the attempt to escape these situations, and common solitude. His novel "Feuer brennt nicht" (2009) is a very moving portrait of an artist-writer torn between two women paying a high price for his infidelity. It is now (2012) available in English translation as "Fire doesn't burn" published by Seagull Books.
Read more or edit on Wikipedia