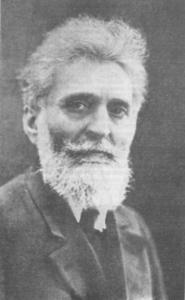 Garabet Ibrăileanu (Romanian pronunciation: [ɡaraˈbet ibrə.iˈle̯anu]; May 23, 1871 – March 11, 1936) was a Romanian-Armenian literary critic and theorist, writer, translator, sociologist, University of Iași professor (1908–1934), and, together with Paul Bujor and Constantin Stere, for long main editor of the Viața Românească literary magazine between 1906 and 1930. He published many of his works under the pen name Cezar Vraja.
Read more or edit on Wikipedia