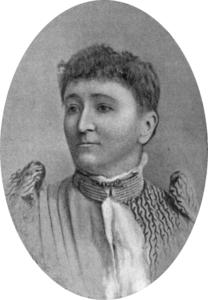 Margaret Wolfe Hungerford, née Hamilton, (27 April 1855 – 24 January 1897), was an Irish novelist whose light romantic fiction was popular throughout the English-speaking world in the late 19th century.
Read more or edit on Wikipedia

The Fate of Fenella