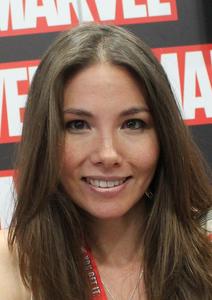 Marjorie M. Liu is an American New York Times best-selling author and comic book writer. She is acclaimed for her horror fantasy comic Monstress, and her paranormal romance and urban fantasy novels including The Hunter Kiss and Tiger Eye series. Her work for Marvel Comics includes NYX, X-23, Dark Wolverine, and Astonishing X-Men. In 2015 Image Comics debuted her creator-owned series Monstress, for which she was nominated for an Eisner Award for Best New Series. In 2017 she won a Hugo Award for the first Monstress trade paperback collection. In July 2018 she became the first woman in the 30-year history of the Eisner Awards to win the Eisner Award for Best Writer for her work on Monstress.
Read more or edit on Wikipedia