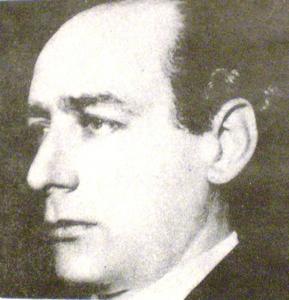 Armando Discépolo (1887-1971) was an Argentine playwright. His most productive writing time spanned from 1910 to 1934 and thereafter, he produced theatrical performances of his plays. He is credited with creating and developing the Argentine version of grotesque literature known as Criollo Grotesque or Creole Grotesque, which is characterized by a mixture melodramatic tragic satire and domestic discord.
Read more or edit on Wikipedia