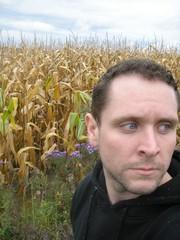 Christopher Barzak (born July 21, 1975) is an American author. He has published many short stories, beginning with "A Mad Tea Party" in Lady Churchill's Rosebud Wristlet in 1999. In 2007 he published his debut novel, One for Sorrow, which won the 2008 Crawford Award, and was a nominee for the 2008 Great Lakes Book Award as well as Logo TV's NewNowNext Awards. His second novel, The Love We Share Without Knowing, was a 2008 James Tiptree Jr. Award finalist and a 2009 Nebula Awards finalist for Best Novel. His first full-length short story collection, Before and Afterlives, was the recipient of the Shirley Jackson Award for Best Single-Author Collection in 2013.
Read more or edit on Wikipedia