Matt Birkbeck (born Brooklyn, N.Y.) is an investigative journalist and critically acclaimed author. He is best known for his books A Beautiful Child: A True Story of Hope, Horror, and an Enduring Human Spirit (2004), which told the story of "Sharon Marshall" and her "father" Franklin Delano Floyd, and the sequel Finding Sharon (2018), which is a memoir about his ten-year effort, along with the FBI and National Center for Missing & Exploited Children, to find Sharon's true identity. He is also known for Deconstructing Sammy: Music, Money, Madness and the Mob (2008) about the life of Sammy Davis, Jr. and efforts to resolve his debts and his legacy; The Quiet Don (2013), about Mafia boss Russell Bufalino; and A Deadly Secret: The Bizarre and Chilling Story of Robert Durst (2015), about New York real estate scion Robert Durst, who was accused of murdering his wife Kathie Durst and two others. A Deadly Secret was adapted into the 2017 Lifetime movie The Lost Wife of Robert Durst. The book was originally published in 2002. He has authored magazine pieces and features for Boston Magazine, Philadelphia Inquirer, The New York Times, Reader's Digest, Playboy and others. A former newspaper reporter, Birkbeck worked at The Morning Call in the 2000s where he covered federal courts and was cited for his lengthy reporting on Pennsylvania's flawed gaming initiative, exposing connections between political corruption and organized crime. Earlier, at the Pocono Record, he wrote a multi-part investigative series published in April 2001 that exposed how home builders, appraisers, mortgage companies and major banks conspired to defraud thousands of homebuyers, mostly minorities from the New York area, and forced them into bankruptcy and foreclosure. For his reporting, which spurred numerous state, local and federal investigations, as well as Congressional hearings, Birkbeck received an Investigative Reporters and Editors award in 2002. He was also a correspondent for People magazine covering mostly crime and human interest stories including the 1999 death of John F. Kennedy, Jr., the 9/11 attacks in New York, and the Robert Durst investigation. In 2010 he joined business publisher Harrison Scott Publications, where he covers securitization and regulatory issues in Washington, D.C. HSP was sold to Green Street in 2020.
Read more or edit on Wikipedia 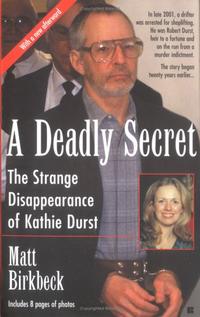 A Deadly Secret: The Strange Disappearance of Kathie Durst 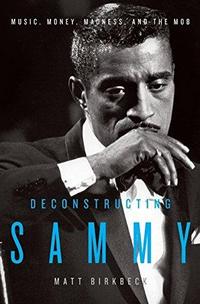