Max Marcin (5 May 1879 – 30 March 1948) was a Polish-born American playwright, novelist, screenwriter, and film director. He wrote for 47 films between 1916 and 1949. He also directed six films between 1931 and 1936. His stage work includes See My Lawyer (1915), directed by Frank M. Stammers; he wrote and/or produced almost 20 plays for Broadway from 1916-38. Marcin wrote for and produced The FBI in Peace and War and created, produced and wrote for the Crime Doctor radio program, which became the basis for a series of ten Crime Doctor films.He was born in Krotoschen, Posen, Germany (now Poznań, Poland). At the age of seven, Max emigrated to the United States with his father and mother, Hirsch and Johanna Schlamjack, and two siblings, Julius and Emma. They were steerage passengers on the S/S Taormina, which sailed from the Port of Hamburg on 14 July 1886 and arrived at the Port of New York on 2 August 1886. They settled in New York City, where his father continued working as a butcher. Max Schlamjack was admitted to City College as a student in 1895. He began his career as a newspaper reporter in 1898 and, with the passing years, devoted himself to more creative literary work, primarily as a writer of plays and short stories. He died in Tucson, Arizona, aged 68. He was survived by a brother and a sister.
Read more or edit on Wikipedia 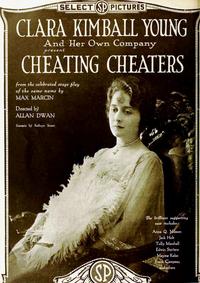