Michael Mallory (born in Port Huron, Michigan in 1955) is a writer on the subjects of animation and post-war pop culture, and the author of the books X-Men: The Characters and Their Universe, Universal Studios Monsters: A Legacy of Horror The Science Fiction Universe and Beyond, and Essential Horror Movies. As an animation and film historian he has written over 600 articles, frequently for Variety, The Los Angeles Times and Animation Magazine, and has been featured in documentaries and DVD extras about animation. He co-authored the memoirs of animation legend Iwao Takamoto, which were published in 2009 as Iwao Takamoto: My Life with a Thousand Characters. He has also written the script for the annual Annie Awards ceremony, the Oscars of the animation industry, since the mid-1990s.
Read more or edit on Wikipedia

Walt's People: Volume 9: Talking Disney with the Artists who Knew Him 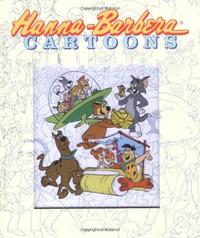