Michael Dennis McQuay (1949–1995) was an American science fiction writer. His series include Mathew Swain, Ramon and Morgan, Executioner, and SuperBolan. The Book of Justice series he wrote as Jack Arnett. He also wrote the second of the Isaac Asimov's Robot City novels. His non-series novel Memories was nominated for a Philip K. Dick Award for 1987. McQuay taught creative writing at the University of Central Oklahoma for more than ten years, and died of a heart attack at 45.
Read more or edit on Wikipedia 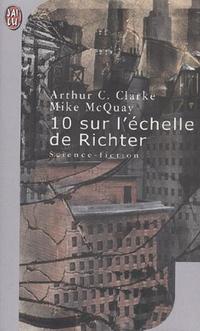