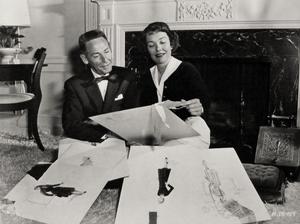 Miracle in the Rain

Miracle in the Rain is a United States home front during World War II-themed novella by veteran screenwriter Ben Hecht, published in the April 3, 1943 issue of The Saturday Evening Post weekly magazine then, within six months, issued in booklet form and, thirteen years later, following four live television productions (in 1947, 1949, 1950 and 1953) which reduced the story to plot essentials, was adapted by him into a Warner Bros. feature film released on March 31, 1956.
Read more or edit on Wikipedia