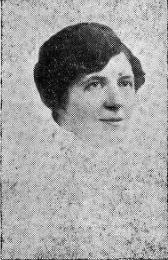 Moelona was the pen-name of Elizabeth (Lizzie) Mary Jones (née Owen) (21 June 1877 – 5 June 1953), a Welsh novelist and translator who wrote novels for children and other works in Welsh.
Read more or edit on Wikipedia