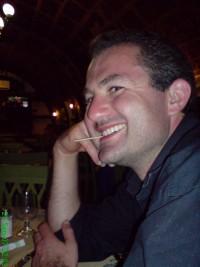 Saul Newman (born 22 March 1972) is a British political theorist who writes on post-anarchism. He is Professor of Political Theory at Goldsmiths College, University of London.Newman took up the term "post-anarchism" as a general term for political philosophies filtering 19th century anarchism through a post-structuralist lens, and later popularized it through his 2001 book From Bakunin to Lacan. Thus he rejects a number of concepts traditionally associated with anarchism, including essentialism, a "positive" human nature, and the concept of revolution. The links between poststructuralism and anarchism have also been developed by thinkers like Todd May and Lewis Call. He received his B.A. from the University of Sydney, and his Ph.D in political science from the University of New South Wales. His work has been translated into Turkish, Spanish, Italian, German, Portuguese and Serbo-Croatian, and has been the subject of a number of debates amongst anarchist theorists and activists as well as academics.
Read more or edit on Wikipedia