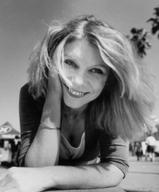 Nancy Holder (born August 29, 1953) is an American writer and the author of several novels, including numerous tie-in books based on the TV series Buffy the Vampire Slayer. She's also written fiction related to several other science fiction and fantasy shows, including Angel and Smallville. Holder is a four-time winner of the Bram Stoker Award for superior achievement in horror writing. She won Best Short Story in 1991 for "Lady Madonna," in 1993 for "I Hear the Mermaids Singing," and in 1994 for "Cafe Endless: Spring Rain." She won Best Novel in 1994 for Dead in the Water. Other books by Nancy Holder (and Debbie Viguié) include the "Wicked" series, about a family feud between a coven of witches called the Cahors and a coven of warlocks called the Devereux. Holder was born Nancy Lindsay Jones in Los Altos, California on August 29, 1953. Growing up in California and Japan, Nancy quit school at 16 to be a ballet dancer in Germany. Eventually returning to the U.S., she resumed her studies and graduated from the University of California at San Diego with a Communications degree. She occasionally teaches courses in writing and on Buffy the Vampire Slayer at UCSD. Holder contributed to the design of Dungeon Master, developed and sold by her husband Wayne Holder's company FTL Games. She has a daughter, Belle Claire Christine Holder (born October 28, 1996), with whom she has begun collaborating when publishing short stories. Holder contributed the original story concept to the 2018 Firefly novel Big Damn Hero by James Lovegrove. Source: Wikipedia (en)