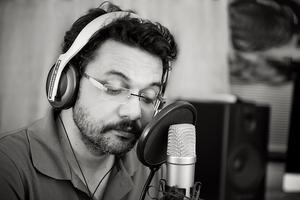 Neelesh Misra (born 4 May 1973) is an Indian journalist, author, radio storyteller, scriptwriter and lyricist. He is most known for his radio show, Yaadon Ka IdiotBox with Neelesh Misra on BIG FM 92.7. He is co-founder-editor of Gaon Connection, India's rural newspaper. He has also founded a content creation company called Content Project Pvt. Ltd. He is currently working on "The Neelesh Misra Show" on Red FM 93.5 and "Kahaani Express" on Saavn. He has recently launched two shows on the audio platform Audible and another show called Zindagi Mobile on BIG FM 92.7 He is also popular for his show on YouTube - The Slow Interview, produced by Gaon Connection, where he chats with the celebs from Bollywood in the rural retreat near Lucknow district.
Read more or edit on Wikipedia