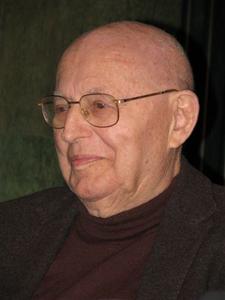 Jerzy Stefan Stawiński (1 July 1921 – 12 June 2010) was a Polish screenwriter and film director. Beginning in 1957 he had written or co-written 29 films. He wrote a segment of the film Love at Twenty, which was entered into the 12th Berlin International Film Festival.He grew up in the Żoliborz district of Warsaw. When World War II broke out, Stawiński fought in the Polish Army. In 1940 he joined the partisans and in 1944 he fought in the Warsaw Uprising. He was eventually incarcerated in Oflag VII-A Murnau. After being liberated Stawiński volunteered for the Polish Army in the West and served in Italy in II Corps of Gen. Władysław Anders. He returned to Poland in 1947.
Read more or edit on Wikipedia