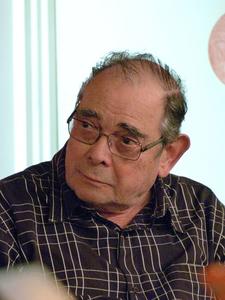 Marcel Gottlieb (14 July 1934 – 4 December 2016), known professionally as Gotlib, was a French comics artist/writer and publisher. Through his own work and the magazines he co-founded, L'Écho des savanes and Fluide Glacial, he was a key figure in the switch in French-language comics from their children's entertainment roots to an adult tone and readership. His series include Rubrique-à-Brac, Gai-Luron, and Superdupont.
Read more or edit on Wikipedia