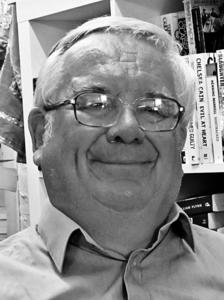 Ramsey Campbell (born 4 January 1946) is an English horror fiction writer, editor and critic who has been writing for well over fifty years. He is the author of over 30 novels and hundreds of short stories, many of them winners of literary awards. Three of his novels have been filmed. Since he first came to prominence in the mid-1960s, critics have cited Campbell as one of the leading writers in his field: T. E. D. Klein has written that "Campbell reigns supreme in the field today", and Robert Hadji has described him as "perhaps the finest living exponent of the British weird fiction tradition", while S. T. Joshi stated, "future generations will regard him as the leading horror writer of our generation, every bit the equal of Lovecraft or Blackwood." In a 2021 appreciation of his collected works, The Washington Post said, "[t]aken together, they constitute one of the monumental accomplishments of modern popular fiction."
Read more or edit on Wikipedia