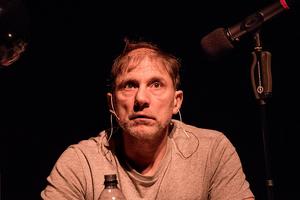 Simon Montagu McBurney, (born 25 August 1957) is a British actor, playwright, and theatrical director. He is the founder and artistic director of the Théâtre de Complicité, London. He has had roles in the films The Manchurian Candidate, Friends with Money, The Golden Compass, The Duchess, Robin Hood, Harry Potter and the Deathly Hallows – Part 1, Tinker Tailor Soldier Spy, Magic in the Moonlight, The Theory of Everything, and Mission: Impossible – Rogue Nation.
Read more or edit on Wikipedia