Sir Ronald Syme, (11 March 1903 – 4 September 1989) was a New Zealand-born historian and classicist. Long associated with Oxford University, he is widely regarded as the 20th century's greatest historian of ancient Rome. His great work was The Roman Revolution (1939), a masterly and controversial analysis of Roman political life in the period following the assassination of Julius Caesar.
Read more or edit on Wikipedia 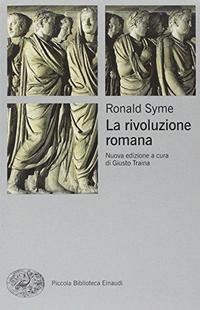 The Imperial Finances under Domitian, Nerva and Trajan ( 1930 )

Rhine and Danube Legions under Domitian ( 1928 )