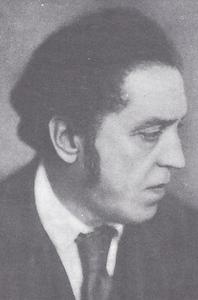 Blagoje Bersa (born as Benito Bersa, 21 December 1873 – 1 January 1934) was a Croatian musical composer of substantial influence.Bersa was born in Dubrovnik. He studied in Zagreb with Ivan Zajc and at the Vienna Conservatory with Robert Fuchs and Julius Epstein. In 1919 he returned to Zagreb, where he worked as a composition teacher at the music academy. He remained there until his death.
Read more or edit on Wikipedia