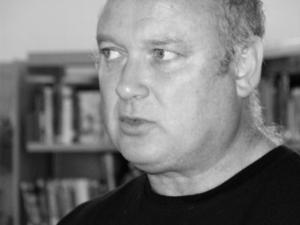 Louis de Bernières (born 8 December 1954) is an English novelist. He is known for his 1994 historical war novel Captain Corelli's Mandolin. In 1993 de Bernières was selected as one of the "20 Best of Young British Novelists", part of a promotion in Granta magazine. Captain Corelli's Mandolin was published in the following year, winning the Commonwealth Writers Prize for Best Book. It was also shortlisted for the 1994 Sunday Express Book of the Year. It has been translated into over 11 languages and is an international best-seller. On 16 July 2008, he was awarded an Honorary Doctorate in the Arts by the De Montfort University in Leicester, which he had attended when it was Leicester Polytechnic. Politically, he identifies as Eurosceptic and has voiced his support for the United Kingdom's exit from the European Union.
Read more or edit on Wikipedia