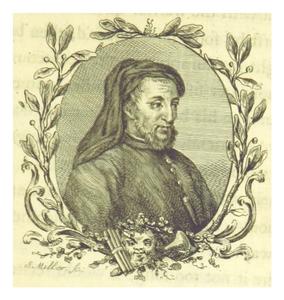 Richard Edwardes (also Edwards, 25 March 1525 – 31 October 1566) was an English poet, playwright, and composer; he was made a Gentleman of the Chapel Royal, and was master of the singing boys. He was known for his comedies and interludes. He was also rumoured to be an illegitimate son of Henry VIII.
Read more or edit on Wikipedia