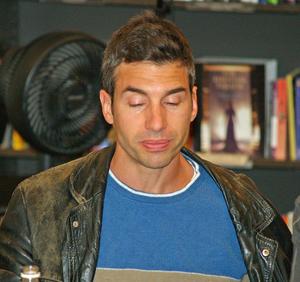 Paul E. Dinello (born November 28, 1962) is an American comedian, actor, and writer, best known for his collaborations with Stephen Colbert and Amy Sedaris. He portrayed Geoffrey Jellineck on Comedy Central's Strangers with Candy, and later became a writer and supervising producer for The Colbert Report and then The Late Show with Stephen Colbert.
Read more or edit on Wikipedia