Petr Beckmann (November 13, 1924 – August 3, 1993) was a professor of electrical engineering who became a well-known advocate of libertarianism and nuclear power. Later in his life he disputed Albert Einstein's theory of relativity and other accepted theories in modern physics.
Read more or edit on Wikipedia 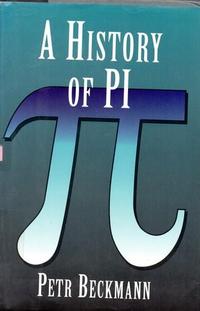 A History of Pi