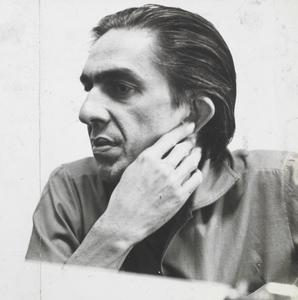 José Ribamar Ferreira (September 10, 1930 – December 4, 2016), known by his pen name Ferreira Gullar, was a Brazilian poet, playwright, essayist, art critic, and television writer. In 1959, he was instrumental in the formation of the Neo-Concrete Movement.
Read more or edit on Wikipedia