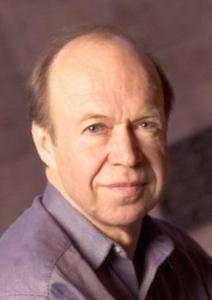 James Edward Hansen (born March 29, 1941) is an American adjunct professor directing the Program on Climate Science, Awareness and Solutions of the Earth Institute at Columbia University. He is best known for his research in climatology, his 1988 Congressional testimony on climate change that helped raise broad awareness of global warming, and his advocacy of action to avoid dangerous climate change. In recent years he has become a climate activist to mitigate the effects of global warming, on a few occasions leading to his arrest.
Read more or edit on Wikipedia

Storms of My Grandchildren

Storms of My Grandchildren: The Truth about the Coming Climate Catastrophe and Our Last Chance to Save Humanity

Global warming in the twenty-first century: an alternative scenario ( 2000 )