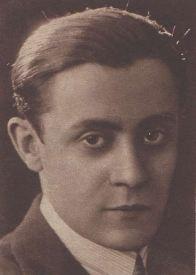 Enrique Jardiel Poncela (15 October 1901 – 18 February 1952) was a Spanish playwright and novelist who wrote mostly humorous works. In 1932-33 and 1934 he was called to Hollywood to help with the Spanish-language versions shot in parallel to the English-language films. His daughter, Evangelina, wrote a book entitled, Mi padre (My Father).
Read more or edit on Wikipedia