Ian Pretyman Stevenson (October 31, 1918 – February 8, 2007) was a Canadian-born American psychiatrist. He worked for the University of Virginia School of Medicine for fifty years, as chair of the department of psychiatry from 1957 to 1967, Carlson Professor of Psychiatry from 1967 to 2001, and Research Professor of Psychiatry from 2002 until his death.As founder and director of the university's Division of Perceptual Studies, which investigates the paranormal, Stevenson became known for his research into cases he considered suggestive of reincarnation, the idea that emotions, memories, and even physical bodily features can be transferred from one life to another. Over a period of forty years in international fieldwork, he investigated three thousand cases of children who claimed to remember past lives. His position was that certain phobias, philias, unusual abilities and illnesses could not be fully explained by heredity or the environment. He believed that, in addition to genetics and the environment, reincarnation might possibly provide a third, contributing factor.Stevenson helped found the Society for Scientific Exploration in 1982 and was the author of around three hundred papers and fourteen books on reincarnation, including Twenty Cases Suggestive of Reincarnation (1966), Cases of the Reincarnation Type (four volumes, 1975-1983) and European Cases of the Reincarnation Type (2003). His most ambitious work was the 2,268-page, two-volume Reincarnation and Biology: A Contribution to the Etiology of Birthmarks and Birth Defects (1997). This reported two hundred cases in which birthmarks and birth defects seemed to correspond in some way to a wound on the deceased person whose life the child recalled. He wrote a shorter version of the same research for the general reader, Where Reincarnation and Biology Intersect (1997).Reaction to his work was mixed. In an obituary for Stevenson in The New York Times, Margalit Fox wrote that Stevenson's supporters saw him as a misunderstood genius but that most scientists had simply ignored his research and that his detractors regarded him as earnest but gullible. His life and work became the subject of three supportive books, Old Souls: The Scientific Search for Proof of Past Lives (1999) by Tom Shroder, a Washington Post journalist, Life Before Life (2005) by Jim B. Tucker, a psychiatrist and colleague at the University of Virginia, and Science, the Self, and Survival after Death (2012), by Emily Williams Kelly. Critics, particularly the philosophers C.T.K. Chari (1909–1993) and Paul Edwards (1923–2004), raised a number of issues, including claims that the children or parents interviewed by Stevenson had deceived him, that he had asked them leading questions, that he had often worked through translators who believed what the interviewees were saying, and that his conclusions were undermined by confirmation bias, where cases not supportive of his hypothesis were not presented as counting against it.
Read more or edit on Wikipedia 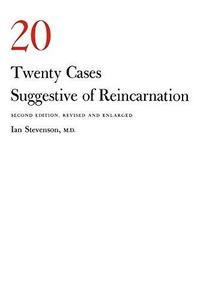 European Cases of the Reincarnation Type 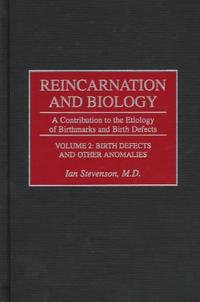 Where Reincarnation and Biology Intersect 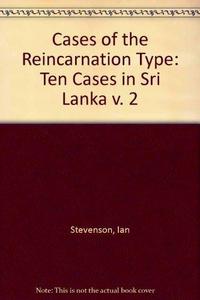 Cases of the reincarnation type