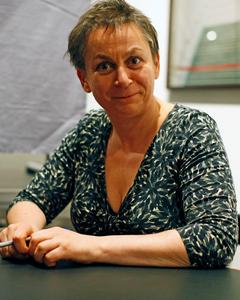 Anne Teresa Enright (born 11 October 1962) is an Irish writer. She has published half a dozen novels, many short stories and a non-fiction work called Making Babies: Stumbling into Motherhood, about the birth of her two children. Her writing explores themes such as family, love, identity and motherhood.Enright won the 2007 Booker Prize for her fourth novel The Gathering. Her second novel, What Are You Like?, was shortlisted in the novel category of the 2000 Whitbread Awards.
Read more or edit on Wikipedia