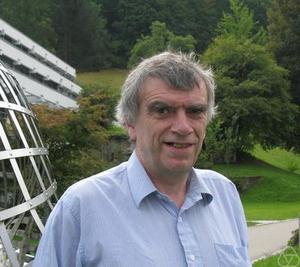 Richard A. Parker (born 29 January 1953, in Surrey) is a mathematician and freelance computer programmer in Cambridge, England. He invented many of the algorithms for computing the modular character tables of finite simple groups. He discovered the relation between Niemeier lattices and deep holes of the Leech lattice, and constructed Parker's Moufang loop of order 213 (which was used by John Horton Conway in his construction of the monster group).
Read more or edit on Wikipedia